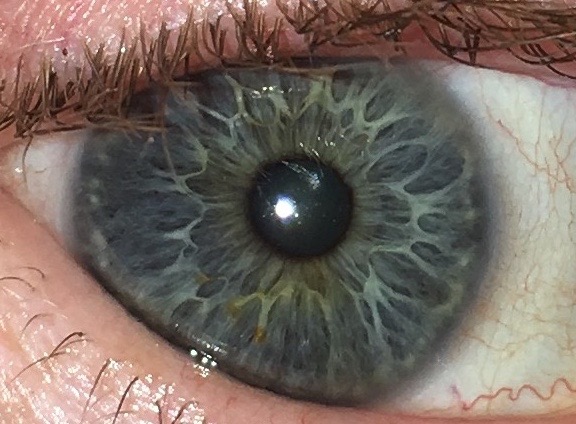 While psychic is an energy pattern we are born with, intuition is usually a survival pattern that is developed in the first few years of life. Intuition is sometimes developed in a home where people don’t speak openly, for whatever reason. It can also be developed when there is simply an uncertain environment; for example, during war years, or when a parent has an accident or is laid-off from work. However it happens, an unpredictable environment is the first ingredient of a well-developed intuitive sense. Keep in mind, we’re talking about the pre-memory years, usually starting before age two, so something as unexciting as a much older sibling heading off to college can start this energetic pattern.

The intuitive eye has more sense of feeling, sensing, and knowing. Most of these people have their “feelers” and “sensors” out there reading the environment and checking for clues, making them a bit of a Sponge-Bob in their environment.

Intuitive people know there’s no reason to bet on that horse, or to buy that stock when the stock-market is down, but their internal meter screams, Buy it! Or Turn Here! Or Bet on that one! While their rational mind says, “What?! Are you crazy?!” and the general public usually agrees with their rational mind.

While a psychic person would see a fish in the water, or a person catching a fish, the intuitive person would just know there is a fish “right there”. They would feel it, even though it is not visible and there may be no visible sign of any fish anywhere. In fact, maybe nobody has caught a fish in that lake all summer, but the knower knows what he/she knows. 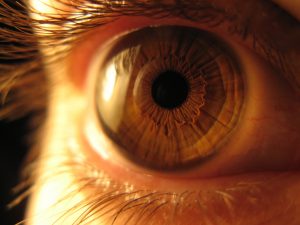 Typically, the characteristics of the intuitive eye include:

Yes, a person can be both psychic and intuitive (and that will impact the iris appearance)

Take a look in the mirror now; or you can visit https://irigenics.com/project/freebies/ to get the free download “3 Steps to Taking an Awesome Eye-Selfie” to take a closer look at your eyes.

What is interesting, is that the adult Intuitive believes that what they do is often based on facts and information, which they have processed, and thought through many times. Yet, in reality, a lot of what they do has actually stemmed from their sense of knowing. The thinking is really just so they can justify how they knew, or to validate the information for themselves. Being naturally visual people, they want to see the evidence, but intuition doesn’t work that way, so they rigorously seek the facts to justify what they are about to do, or what they just did.

The other way to “prove” that their knowing was accurate, is simply succeed; to catch the fish, or to be the lucky guy who “just happened” to buy that stock at the right time, or to be the first to come up with that great idea that turned into a million-dollar business.

In today’s world, having a knowing sense will often put you in a position of defying all the factual information, because you “just knew” that there was something else, some reason to go left instead of right today. In most vocations, this can be a great gift. Imagine the farmer who just knew he should wait one more week to plant, when an un-forecasted hail storm shows up. For the scientist, the intuitive hunch is just the beginning of the next experiment.

The place that people get into trouble with their intuition is when applying it to other people. Let’s face it, reading someone else’s mind; or trying to read their mind is actually quite rude if you weren’t asked. Any time you have an intuitive hunch about other people, it’s best to simply ask them. The old adage, “to assume makes an ass of u and me” holds true here. You’ll read more about that in the upcoming blog; Hairball – the overworked psychic or intuitive eye. 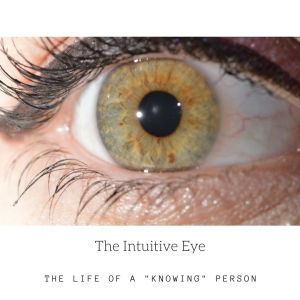 As an intuitive person, you are naturally a bit of Sponge-bob, picking up the energies of your environment. While outhunting for a deer, or catching a fish, that might be fantastic, but if you are working around a lot of toxic or even secretive people, it can be a real energy drain. It probably goes without saying that if possible, keep negative people out of your life. Having said that, we know sometimes we are just in situations where that isn’t possible.

Position yourself so toxic people are on your right side (rather than your left). This is especially true when you are on the telephone. If you have warm and soothing people in your life, put them on your left ear, rather than your right. Save your right ear for the toxic or negative people. This may not be impossible in a group situation.

If you’ve been in an environment of hearing a lot of negative talk, try this exercise. Tip your head back a bit and close your eyes. Take in a deep breath and exhale. As you exhale imagine you are exhaling through your ears. I know this sounds silly but do it right now. Stop reading and close your eyes – take that deep breath and imagine blowing the air out through your ears. It is a very strange experience and feels more accurate than you could ever imagine. The same is true with your eyes. If you’ve been seeing negative, toxic or frightening images, imagine exhaling through your eyes – cleansing away any negative images.

You should always do this exercise at least once a day, preferably before going to sleep at night. This is also a quick fix-me-up that you can do in the bathroom at work.

You can read more on the psychic energy pattern at https://irigenics.com/the-psychic-eye/

Next up? The Compassionate Eye – It’s all about the body!